Oosteinde is a strange street in between the Frederiksplein and the Pijp. On the other side of DNB there is a parallel street called Westeinde, wich has more or less the same desolate atmosphere. The location of DNB used to be the place where the Paleis voor Volksvlijt was once. I was looking at a beautiful photo of the Paleis voor Volksvlijt just now. How impressing this neighbourhood must have been in the beginning of the 20th century.

If the Paleis voor Volksvlijt burnt down in 1929 and DNB was built in 1968, the area must have been quiet empty in the interventing period. Stan Rubens, the man that I already mentioned in my post about the Lekstraat Synagoge, was hiding with his family on Westeinde for a year. In his testimony Stan told a beautiful story about that period.

The father of Stan brought a film projector with him to the appartment where they were hiding. And he somehow found a way to secretly rent 8mm movies at a company in Rotterdam. The movies were sent, via via, by friends and people from the resistance to the adress on Westeinde. I figure the Rubens family sitting in a bare and dark livingroom and enjoying the movie images. Every now and than, they laugh silently, despite the fear and the continuous threat for betrayal and raids. 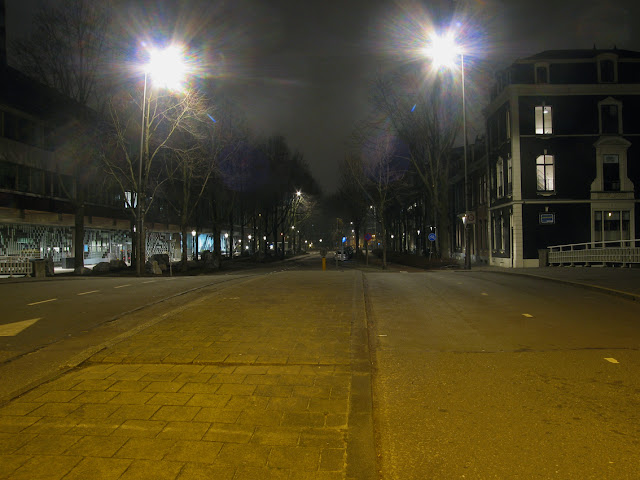